In October 2021, Da’Vion Miller was found unconscious in the bathroom of his home in Detroit a week after receiving his first dose of Pfizer’s Covid vaccine.

He had known something was wrong: Then 22, he had started experiencing chest pain two days after getting vaccinated, followed by fatigue, shortness of breath and dizziness.

“I was like, that’s crazy,” Miller said, noting that he knows the heart inflammation condition following vaccination is extremely rare.

Miller is one of a very small group of people in the United States who have experienced myocarditis following vaccination with the Pfizer-BioNTech or the Moderna Covid vaccines based on mRNA technology.

Myocarditis is a condition that has long been linked to a number of viral infections, including influenza, coxsackieviruses, as well as Covid. It has also been observed as an infrequent but worrisome side effect of the mRNA Covid vaccines.

Are there long-term risks of myocarditis?

Of the hundreds of millions of Covid vaccine doses given in the U.S. since late 2020, there have been around 1,000 reports of vaccine-related myocarditis or pericarditis in children under age 18, primarily young males, according to the Centers for Disease Control and Prevention. Most of those who developed the condition have fully recovered, although research so far has only looked at how well they’re doing after several months. Some doctors wonder if it can cause permanent damage to the heart.

Now, the first research in the U.S. is underway, tracking adverse health effects — if any — that may appear in the years following a diagnosis of vaccine-associated heart problems. Moderna has already launched two trials, the most recent in September. Pfizer confirmed that at least one of its trials, which will include up to 500 teens and young adults under age 21, is slated to begin in the next couple of months.

The Food and Drug Administration has required that the drugmakers conduct several studies assessing the potential long-term impacts of myocarditis, as part of its approval of the mRNA Covid vaccines in the U.S. Early findings from the research could be published as early as next year, sources told NBC News.

Some of the trials will follow those who developed the condition for as long as five years, according to the FDA’s approval letters. The trials will be monitoring for myocarditis and subclinical myocarditis, which doesn’t cause symptoms.

The FDA declined to comment on Pfizer’s and Moderna’s studies because they are ongoing, but an agency official said the chance of having myocarditis occur following vaccination is “very low.”

The condition does not lead to cardiac-related death, the official said, as claimed by Florida’s surgeon general last month who cited an unpublished analysis of state data.

“There is no evidence of increased risk of deaths following mRNA vaccines compared to individuals who did not get vaccinated,” the official said. “In fact, evidence from well-conducted, peer-reviewed, published studies suggests that the risk of death is higher for unvaccinated individuals for nearly every age group.”

What is known about myocarditis and vaccines?

The vast majority of cases occur in young men, ages 16 to 24, according to the CDC. The agency did not have data available on the total number of cases in young adults 24 and younger, but it estimates there have been 52.4 cases and 56.3 cases per million doses of Pfizer’s and Moderna’s vaccines, respectively.

Symptoms of myocarditis include:

A study by Canadian researchers published Monday in the Journal of the American College of Cardiology found that men younger than 40 who got the Moderna vaccine had the highest risk of heart issues, usually within 21 days after the second dose. The study was observational, meaning it doesn’t prove cause and effect but it is one of only a few studies to compare the risk of myocarditis between the Pfizer and the Moderna vaccines.

Last month, Kaiser Permanente scientists found that incidences of myocarditis following a booster dose of either the Pfizer or the Moderna vaccine were higher than after the first dose, but still lower than after the second.

There has not been a similar reporting pattern observed after receiving the Johnson & Johnson vaccine. Novavax has said no heart inflammation concerns were raised during clinical trials of its vaccine.

Vaccine-associated myocarditis is usually milder than the viral type and most people with the condition make a full recovery, said Dr. Nicola Klein, a vaccine expert at Kaiser Permanente.

In some cases, people who’ve developed myocarditis after a viral infection can suffer scarring along the heart’s tissue, reducing its ability to pump blood and circulate oxygen around the body, said Dr. Leslie Cooper, the chair of the department of cardiology at the Mayo Clinic in Rochester, Minnesota. Cooper joined an expert advisory panel formed by Moderna to monitor its Covid vaccine safety.

The CDC recently published a study in The Lancet that looked at health outcomes in more than 500 teens and young adults at least 90 days after the onset of myocarditis following an mRNA vaccination.

Most got better at least three months after symptoms. Other findings from the CDC report included:

The CDC will follow the patients who had not fully recovered for 12 months, said Ian Kracalik, the study’s lead author and CDC epidemiologist.

Are some patients at higher risk for heart issues, such as arrhythmias? Dr. Dongngan Truong, a pediatrician at the University of Utah Health, said Pfizer researchers will be trying to determine the factors.

Pfizer, in collaboration with the Pediatric Heart Network, will be monitoring participants for five years, according to Truong, a co-lead on the Pfizer study. The Pfizer study will include people who were previously hospitalized with vaccine-associated myocarditis, and it will also follow those who were more recently diagnosed.

The team will also compare the patients to a subset of patients with multisystem inflammatory syndrome in children, also known as MIS-C, which is associated with a Covid infection.

Truong said that monitoring what happens to younger people and children after Covid infections is “especially important” to get a clearer understanding of the risks of the illness, compared to any possible side effects of the vaccines.

The Pfizer study, which will take place in the U.S. and Canada, has not begun enrollment yet, although the research team has already identified more than 250 patients with myocarditis, she said.

The first findings could be released sometime next year, Truong said.

Scientists still don’t have a clear explanation yet for why the vaccines cause the condition, according to Dr. Paul Burton, Moderna’s chief medical officer. He expects the virus’s spike protein, once produced in the cell after vaccination, may generate a reaction in the body that can cause inflammation in the heart.

“We don’t understand yet and there’s no good mechanism to explain it,” he said.

The two myocarditis studies Moderna has started, one of which is in collaboration with the American College of Cardiology, are using public and private data of tens of millions of people who received the company’s vaccine and how they fared, Burton said.

“Did they get myocarditis? When did it occur? How was it treated? How severe was it?” he said.

Moderna is also conducting two additional studies with the European Medicines Agency that will span five different countries. The drugmaker will assess outcomes for a year or more, Burton said, with data expected to be made public around next summer.

In recent weeks, multiple new versions of the omicron variant, including BQ.1 and BQ.1.1, have begun circulating widely in the U.S., increasing the risk of reinfections, particularly for those who haven’t yet received a booster dose.

A year later, Miller is still experiencing symptoms, including chest pain. While there is comfort in knowing his situation is rare, he said, he’s been in and out of the hospital since his diagnosis, which he said has been difficult for him.

“It’s been a scary experience,” he said.

Sun Nov 13 , 2022
This week, the fashion industry celebrated milestones, with award ceremonies, ribbon cuttings and campaign releases alike. At the top of the week, Emily Adams Bode Aujla of Bode was named the 2022 American Menswear Designer of the Year at this year’s CFDA awards, marking her second time earning the title. Robert […] 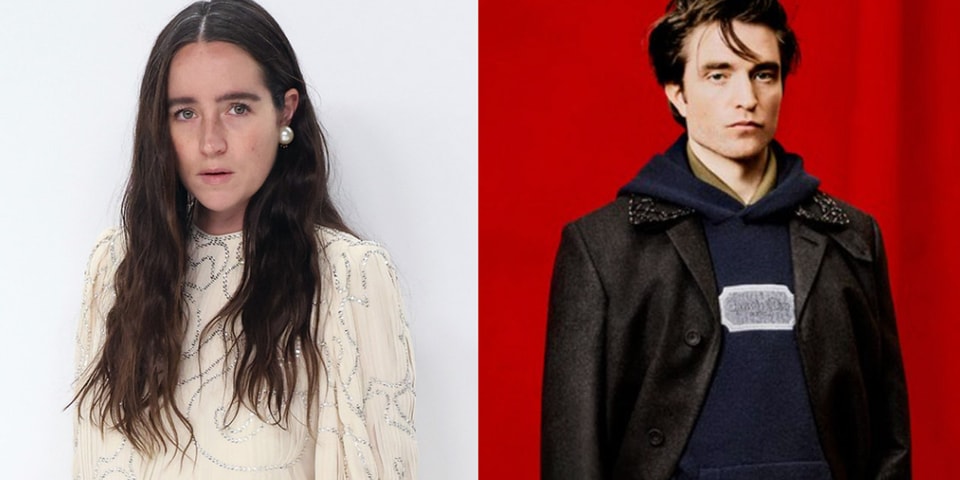