Unvaccinated workers at General Motors’ CAMI Assembly Plant have been forced onto unpaid leaves of absence following the automaker’s Sunday vaccination deadline, according to the union that represents hourly workers at the plant.

Mike Van Boekel, Unifor chairperson for the Ingersoll, Ont., assembly facility, confirmed Monday an undisclosed number of Local 88 members have been place leave, but would not comment further. Last week, he estimated roughly 100 unvaccinated workers had not secured medical or religious exemption to the mandatory vaccination policy.

Though the vaccine mandate went forward unaltered for unvaccinated staff, the union secured “quite a few” changes from GM, including a last-minute reprieve for members who have received only one dose of a COVID-19 vaccine, Van Boekel told members in a Dec. 9 update. With the changes, workers with a single dose will be allowed to continue working, but will eventually need to prove they are fully vaccinated, he said.

When introduced in October, GM’s policy required personnel entering any of the automaker’s Canadian facilities to be fully vaccinated by Dec. 12.

GM Canada would not comment on the details of its policy for CAMI or its wider network of Canadian facilities, but said the “overwhelming majority” of the company’s workers have met the requirements.

“For those who are not compliant, GM Canada is working with them individually to develop a reasonable plan to become fully vaccinated, to secure an approved exemption, or to make other employment arrangements,” the company told Automotive News Canada in an email.

Each of the Detroit 3 introduced a vaccine mandate for its Canadian facilities this fall, and GM’s is the first to be implemented. The Stellantis policy was originally scheduled to take effect Dec. 17 but has been delayed until Dec. 31 to provide adequate time to work through exception requests, according to the company. Ford’s mandate is expected to become active Jan. 3.

The policies have proved highly controversial, prompting Unifor, which represents more than 10,000 hourly workers at the U.S.-based automakers, to urge each company to delay implementing its mandate. The vaccine requirements have also spawned protests led by union members, who view Unifor’s pushback against the policies as inadequate.

“Don’t get me wrong, I do think the vaccination policy is the correct plan, but there could have been other options that they used,” he said. The “double standard” of GM not enacting a similar policy for its tens of thousands of hourly workers in the United States is “likely the biggest slap in the face,” he added.

With the mandate now in effect, Van Boekel said GM will start conducting “random spot checks” for proof of vaccination in January at the plant that employs approximately 1,600 hourly workers and builds the Chevrolet Equinox.

“If you falsified your answer, you are going to be terminated and I do not have much of an answer for you in terms of a grievance. So, make sure your answers are correct.”

Local 88 also expects GM to move to terminate members put on an leave this week by early next year. The union plans to grieve “each termination” but Van Boekel warned unvaccinated workers they are unlikely to find any recourse.

“I want to be very, very, very clear. We just looked at the case law that is piling up. You have a very weak case to get your case overturned.”

Tue Dec 14 , 2021
Hello, it’s Tuesday, Dec. 14, and here are the stories you shouldn’t miss today: TOP STORIES A new statewide mask order for California The state has ordered that, starting Wednesday, masks be worn in indoor public spaces. The move comes as coronavirus case rates in California have risen by almost […] 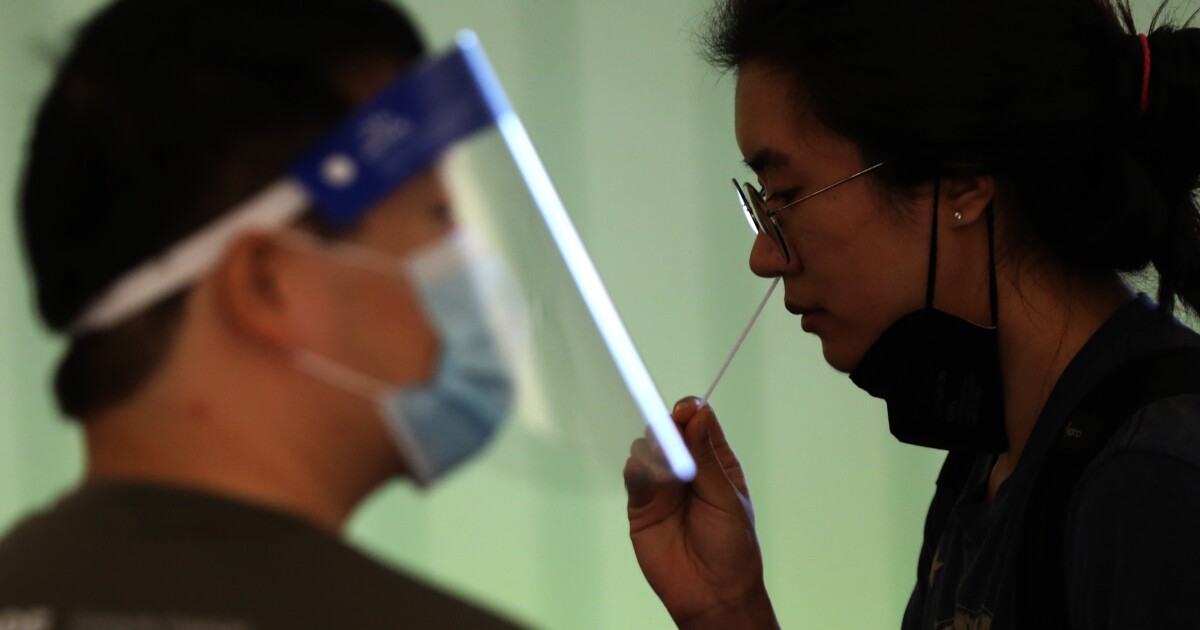