Colleagues and friends had warned me “you won’t receive all your orders at once, and some of the packages may get lost in the mail.” Apparently, it’s common knowledge that buying from online retailer Shein is always a gamble. But who cares, when you pay less than £20 for a dress, right?

Wrong. One evening in September as I was endlessly scrolling the internet in search of the perfect outfit to wear at a wedding, I accidentally ended up on Shein. Weird, as I don’t usually browse on fast fashion sites, but this time they found me, through the beauty of targeted Facebook ads. At first, I couldn’t believe it. The prices were ludicrous – £8.99 for a blouse, £9.99 for a maxi dress, £22.99 for a coat…the list goes on.

From the pictures, everything looked perfect. Beautifully shot looks with that trendy detail or a particular shade seen on all the biggest Instagram influencers this season. Strangely, the quality of the garment didn’t seem so dubious either – to put it bluntly, it didn’t look cheap.

Shein had succeeded in giving me the illusion of having found the holy grail of online shopping.

Shein describes itself as “an international B2C fast fashion e-commerce platform (that) focuses on women’s wear, but also offers men’s apparel, children’s clothes, accessories, shoes, bags and other fashion items” and it upholds the philosophy that “everyone can enjoy the beauty of fashion.”

Overall, Shein (previously She Inside) is a complete mystery. No phone number, no email and certainly no press contact was to be found online. Even the name of its founder remains a total enigma, as El Mundo reports. This seemingly opaque company relies mostly on digital marketing and bloggers to get you hooked on their products, rather than divulging anything about their supply chain transparently.

“Do you want clothings absolutely for FREE? Are you looking for long term sponsorship?” they ask. “Then don’t hesitate to send us an email to introduce your thought about fashion, your blog website or youtube channel for us. You may get free clothing that is worth US$40 to US$200 every month!” Shein promises.

Having been around for eight years, the brand has now reached such a level of fame it is promoted by celebrities like American actress Madelaine Petsch, from Netflix series Riverdale, with over 16 million followers on Instagram.

She recently shared a beautifully shot video in which she is pictured walking around a luxurious countryside estate wearing a series of Shein summer looks.

Shein previously launched a pop-up shop in Paris, widely applauded by the local press. Paulette magazine and Cosmopolitan both wrote praiseworthy reviews celebrating the brand as a ‘size inclusive label’ (Shein caters up to 4XL) offering fashionable garments for less. A reputation the retailer has been polishing for months by opening pop-up stores in other French cities like Lyon, Bordeaux and Marseille.

Independent voices in the French media such as Adaptation Magazine offer another point of view, calling the brand ‘old fashioned” and confronting its marketing strategy based on 100 per cent visual appeal. In her article entitled “Why we will never buy from Shein?”, fashion journalist, consultant and blogger, Estelle Surbranche calls out fashion influencers endorsing the brand on social media and attending its fashion show in Paris.

The professionally orchestrated event took place on October 3rd during Fashion Week and is available to watch on their website.

Is this for real?

To be frank, as I watched the show online I wondered if I was going a little bonkers. Was this really the same Shein I bought from a month ago? Are these clothes for real?

Back when I was looking for that party dress, I ended up purchasing a selection of pretty underwear from Shein. There are no words to describe how ill-fitting and poor quality the items were when they arrived.

My first impulse was to throw all of them away, which says a lot for someone like me who is conscious of living a low waste lifestyle. But in my view, that’s where Shein’s clothing belongs: in the bin.

Another friend tells me how she recalls buying a pair of striped trousers one summer, “when my packaged first arrived, I thought I had accidentally bought from a fraudulent duplicate website. The trousers came unhemmed, uncomfortably cheap and vaguely close to the beautiful pictures they rope me in with.

The pattern on the waistband was so ill-aligned, it looked like an outfit of two parts,” she describes.

Countless other customers warn about the disappointment of splurging at Shein on forums. On Trust Pilot, 43 per cent of people rank the brand as ‘bad’, with extremely angry comments counterbalancing tame positive opinions. Watching this YouTuber’s take on it is perhaps the best way to make up your own mind.

Who’s paying for our clothes?

Besides the seemingly low quality and virgin oil-based textiles used – everything is made with polyester, nylon and other synthetic fabrics – the main question is, who is making Shein clothing and how much are they paid?

This is a question asked by those who celebrate Fashion Revolution Week each year, asking #whomademyclothes on Twitter and Instagram.

Fast fashion has come under a lot of fire over recent months. In June 2019, Missguided launched the £1 bikini prompting Fashion Revolution to publish the following statement.

“Cheap prices make us believe they bring about savings for consumers. This may appear true in the short term, with a narrow focus and looking just at the money in our wallets, but all of us, as global citizens, will ultimately end up paying the external cost, the true cost for the unsustainable consumption and production of cheap clothing.”

The organisation concludes, “this is why, when garments are priced as cheaply as single-use items, it implies that our clothing is disposable. And if we buy that message, we are buying into a very ugly side of fashion.”

But it gets even worse. In November 2021, a new report emerged with some shocking facts about the work culture in Shein’s Chinese factories.

A number of staff across six sites in Guangzhou were found to be working 75-hour weeks, says Swiss advocacy group and NGO Public Eye.

Public Eye’s researchers visited 17 factories which supplied Shein and its parent company Zoetop. They conducted interviews with 10 workers across six of those cities and reported that those they spoke to were doing three shifts per day – often only getting one day off a month.

This violates local labour laws in China, which specify that a maximum working day should be eight hours – i.e. a 40-hour working week.

The fact that workers are ‘paid per item’ of clothing encourages them to work long hours, the NGO implies.

The ‘paid per item’ model is also referred to as the ‘per-piece pay rate’. What it means is when payment is based on the number of garments a worker completes. The worker receives a specified amount of money for each finished piece – that is their rate of pay.

This only puts them at a disadvantage because it means their work could be rejected for quality issues – meaning they don’t get paid. Plus there is no security because you don’t get paid if there is no work available.

Editors of major media outlets confronted Shein with the results of Public Eye’s research and received the following response:

“SHEIN has no comment at this time as we await a copy of the report and an opportunity to review. We take all supply chain matters seriously and look forward to hearing back.” 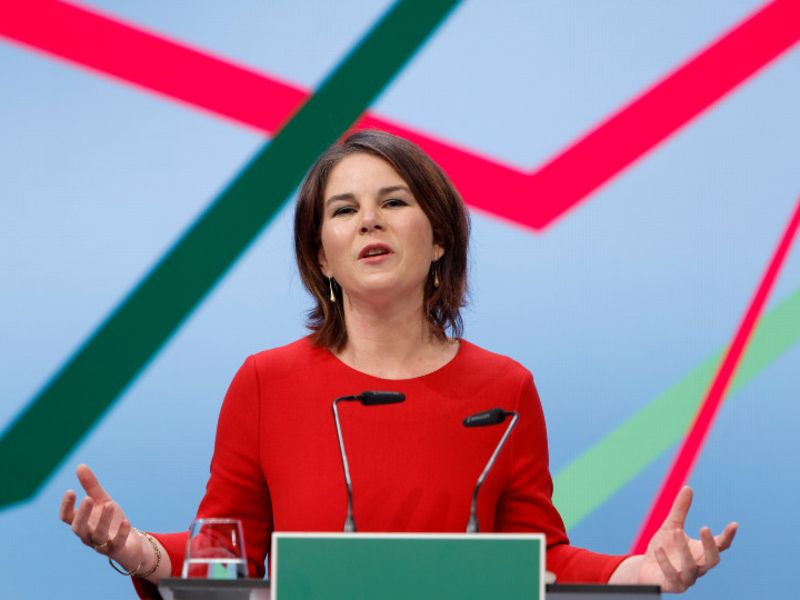