Typical winter weather will hit Czechia tomorrow after weeks of unseasonably warm and mild weather. According to the forecast of the Czech Hydrometeorological Institute, temperatures will drop to freezing or colder across most of the country tonight, leading to snowfall in the vast majority of the country, including Prague.

Temperatures will dip further on Thursday, with Prague expected to register minus 3 degrees Celsius in the morning, rising to minus 1 degree in the afternoon. Temperatures in the capital will not go above freezing until Saturday, when the warmest forecast temperature is set to be 1 degree Celcius. Snow is expected in the capital, and much of the country, on both Saturday and Sunday.

SOCIETY Babiš to visit crown jewels, but barred from church

Andrej Babiš will this morning visit the exhibition of the Czech crown jewels that opens today at Prague Castle, according to ČTK.

He had also declared that he wished to see the Infant Jesus of Prague (a small wooden statue depicting Jesus) in the Church of Our Lady Victorious and Saint Anthony of Padua located by Prague Castle.

However, the administrators of the church opted to close the church this morning to prevent Babiš from entering. They see the planned visit as a disingenuous part of his election campaign, which the church rector says is “offensive and fear-inducing.”

Veterinarians in the village of Nouzov, Central Bohemia, today plan to cull 1,900 ducks on a farm that has been hit by the country’s H5N1 bird flu outbreak, ČTK reports.

Due to the spread of bird flu, the State Veterinary Administration has prohibited outdoor poultry breeding in the whole of the Czech Republic since Dec. 14 last year. A chicken farm in Pilsen recently had to cull almost 750,000 hens as a result of the outbreak.

Czech tennis player and Grand Slam champion Petra Kvitová progressed through to the second round of the Australian Open tournament in a 7:6, 6:2 win over Belgian Alison van Uytvanck. Currently ranked 15th in the world, the 32-year-old said: “for me, the first rounds at a Grand Slam are always very difficult, and today was no exception.” Last year, Kvitová crashed out in the first round.

The Australian Open is one of the four major tennis tournaments held every year. The second-ranked Czech player, Barbora Krejčíková, also progressed to the second round.

The exact model of the plane was an EV-97 Eurostar ultralight two-seater aircraft.

The accident happened at about 1 p.m. Both passengers were taken to hospital – injuries are light and not life-threatening. The cause of the accident is unknown.

The plane was found wedged in a small ditch after attempting to make an emergency landing in a field.

Senior Czech politicians today commemorated the 54-year anniversary of student Jan Palach’s self-immolation. Palach, who was 20 at the time, was protesting against the invasion of Slovakia. He died three days after setting himself on fire.

Adamová noted that Palach’s act “contributed to the fall of totalitarianism and to the current life of Czechs in freedom and democracy.”

The Czech Republic recorded its highest voter turnout in presidential-election history (since 1993) during the weekend’s first round of voting, iDnes reports.

Almost 70 percent of people voted either on Friday or Saturday. In the 2018 presidential election, turnout was at 62 percent.

Turnout was highest in Prague 6, Prague 12, Central Bohemia, and Pardubice. It was lowest in the Karlovy Vary and Ústí nad Labem regions, with slightly over 60 percent of people voting.

In public election history, this is the third highest turnout after the elections to the House of Representatives in 1996 and 1998, when 76.4 and 74 percent of voters respectively voted.

Data from real estate company Fermakleri.cz shows that in much of the country prices of older apartments fell on a year-on-year basis in the fourth quarter of 2022, ČTK reports.

The largest declines were registered in Ostrava and Brno, with drops of 7 and 6 percent respectively. Prague registered almost-equal prices in the fourth quarter.

High marketing costs to sell the properties were cited as one of the reasons for the decline. This finding is in contrast with recent news that Prague apartment rental prices rose by around 20 percent in 2022.

ELECTION 2023 ‘I am not disappointed by election’ – Nerudová

Presidential candidate Danuše Nerudová has told Seznam Zprávy that she “does not feel disappointed” by the results of the first round of the presidential election, and said that her and former army general Petr Pavel “will pull together.”

Nerudová claimed almost 14 percent of the vote in the first round. This is less than had been anticipated; opinion polls had put her just a few percentage points behind the two frontrunners, Pavel and former Prime Minister Andrej Babiš, who both received about 35 percent.

She plans to meet Pavel today to discuss how she can support his campaign. Nerudová also mentioned that she believes Babiš will lead a “dirty campaign” before the second round of the election, in two weeks.

One-third of weather stations in Czechia recorded new (or equaled) records for the warmest Jan. 14 in the country’s modern history, data from the Czech Hydrometeorological Institute shows.

A total of 44 out of 162 weather stations in Czechia registered record temperatures. České Budějovice in the south of the country registered the warmest temperature, with 12.2 degrees Celcius.

Czechia has experienced unseasonably high temperatures in the past three weeks, as evidenced by temperatures of over 18 degrees Celsius recorded on New Year’s Eve.

The weather is forecast to become noticeably cooler from Wednesday this week.

In the first round of the country’s presidential election, Former Prime Minister Andrej Babiš predominantly won in towns with higher rates of poverty and lower average levels of education, ČTK cites head of research firm PAQ Daniel Prokop as saying.

In such towns, Babiš won 41 percent of the vote on average, and former army general Petr Pavel won 32 percent. Areas with a higher average income were more supportive of Pavel.

“The inhabitants of socially deprived regions tend to take part in elections less often, but this time 62 percent [of them] took part, which is unexpectedly many. It was mainly Babis, who managed to mobilize them, as he is a protest candidate,” PAQ Research summarized.

How these hackers accessed information at 7 automakers

Wed Jan 18 , 2023
Curry reported the breach into Ferrari’s again-conclusion is also notable. “One particular factor that was form of entertaining was the Ferrari vulnerability,” Curry reported. “We experienced most people who bought a Ferrari, and we could get their whole name, tackle, cell phone range, actual physical deal with and information about […] 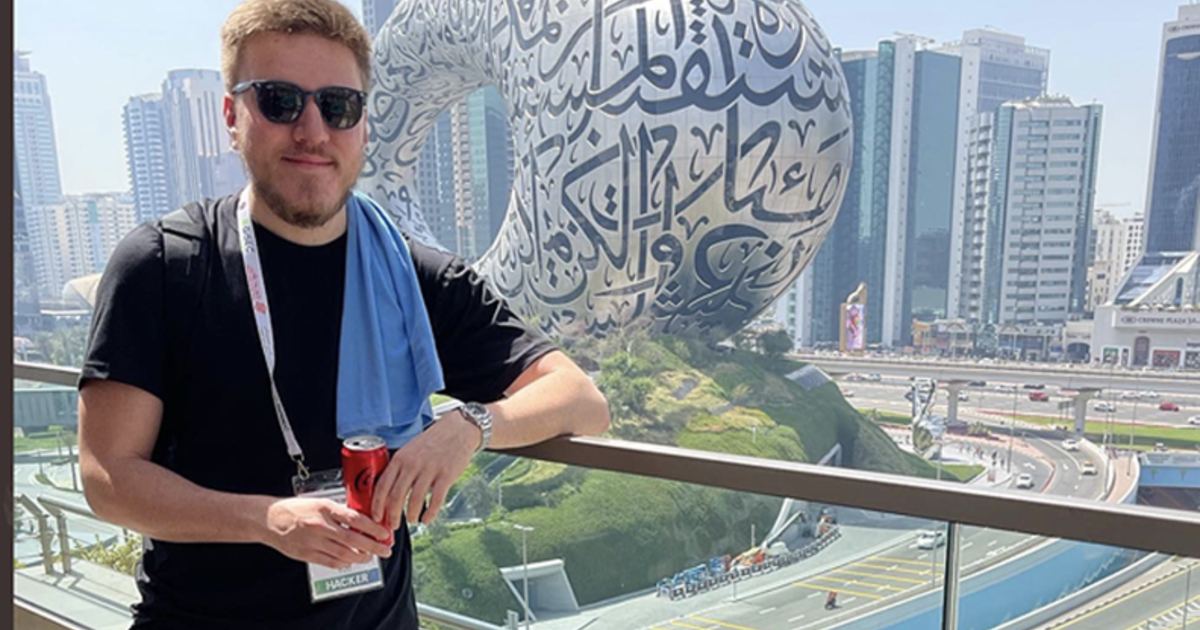