The Biden administration has blacklisted and sanctioned dozens of Chinese government research institutes and private-sector tech firms, accusing them of weaponizing technology for use at home and abroad, the U.S. departments of Commerce and Treasury announced Thursday.

In particular, the U.S. warned that these entities were working as part of a broader Chinese government strategy to develop and deploy biotechnology, including “brain-control weaponry,” for possible offensive use and as part of its crackdown on Uighurs and other Muslim ethnic minorities — a campaign that the U.S. has determined constitutes genocide.

The penalties seek to bar U.S. technology from being exported to these projects or block their access to the U.S. financial system.

“The scientific pursuit of biotechnology and medical innovation can save lives. Unfortunately, the PRC is choosing to use these technologies to pursue control over its people and its repression of members of ethnic and religious minority groups,” Commerce Secretary Gina Raimondo said, using an acronym for China’s formal name, the People’s Republic of China.

“We cannot allow U.S. commodities, technologies, and software that support medical science and biotechnical innovation to be diverted toward uses contrary to U.S. national security,” she added in a statement.

In total, 12 Chinese research institutes and 22 Chinese tech firms have been blacklisted by her agency and barred from any exports or transfers of U.S. technology, except in limited cases with a license. Chief among them is China’s Academy of Military Medical Sciences and its 11 research institutes.

Taken together, they “use biotechnology processes to support Chinese military end uses and end users, to include purported brain-control weaponry,” the Commerce Department said in its public notice Thursday.

It’s unclear what kind of weaponry might already exist, but Chinese military leaders have talked for years about biotechnology as creating new “offensive capability,” including “brain control” weapons and “specific ethnic genetic attacks.”

“China’s research focus on these technologies is not unique. What is unique is their declared intent to weaponize their inventions,” said retired Lt. Col. Stephen Ganyard, the former top U.S. diplomat for military affairs.

These inventions could include “the stuff of science fiction, such as brain-controlled weaponry” that would allow “a Chinese commando to discharge a weapon with just a thought, not a trigger finger,” according to Craig Singleton, a former U.S. diplomat who is now an adjunct fellow at the Foundation for Defense of Democracies, a Washington think tank.

That could give China military and intelligence advances over the U.S., per Singleton, although it’s unclear if the Pentagon is developing similar weapons programs.

“Some of these technologies may not be easily contained and could have disastrous second- and third-order consequences on civilian populations. China’s seeking to weaponize advanced technologies is putting the whole world at risk of unforeseen and uncontainable consequences,” added Ganyard, an ABC News contributor.

For now, it seems China has focused their alleged use against domestic targets, including the Uighurs in the country’s westernmost province, known formally as Xinjiang.

The Treasury Department designated eight more private firms, cutting them off from the U.S. financial system and threatening sanctions on those that do business with them, for reportedly working with Xinjiang authorities.

“One such AI software could recognize persons as being part of the Uyghur ethnic minority and send automated alarms to government authorities,” according to the Treasury, while another firm helped “develop a transcription and translation tool for the Uyghur language to enable authorities to scan electronic devices.”

It’s estimated between one and nearly two million Uighurs and other minorities, like Kazakhs, have been detained in mass “re-education” camps where they are used as forced labor and are taught Chinese Communist Party propaganda.

In addition, independent researchers, Uighur activists, and the U.S. government have accused China of a mass sterilization campaign to sink Uighur birth rates, which have declined precipitously in recent years.

While the majority of the blacklisted firms were designated because of their ties to China’s so-called “civilian-military fusion strategy,” where civilian fields like medicine and biotechnology are allegedly weaponized to support the military, a handful were also designated for exporting sensitive technology to Iran.

That strategy has alarmed U.S. officials in recent years, starting with the Trump administration, which launched a robust all-of-government effort to stymie it. That included deploying this Commerce Department blacklist repeatedly to ban U.S. exports to Chinese firms that the People’s Liberation Army could then access.

The Biden administration has carried that policy on and expanded it — announcing last week during Biden’s Summit for Democracy a small group of countries committed to blocking similar technology exports to China, including the United Kingdom, France, and Australia.

Fri Dec 17 , 2021
With HBO Max now established as one of the market’s major streaming services, Warner Bros. is starting to produce a number of projects as online exclusives. This very much includes movies based on the heroes from DC Comics – though some of the moves made have been a touch controversial. […] 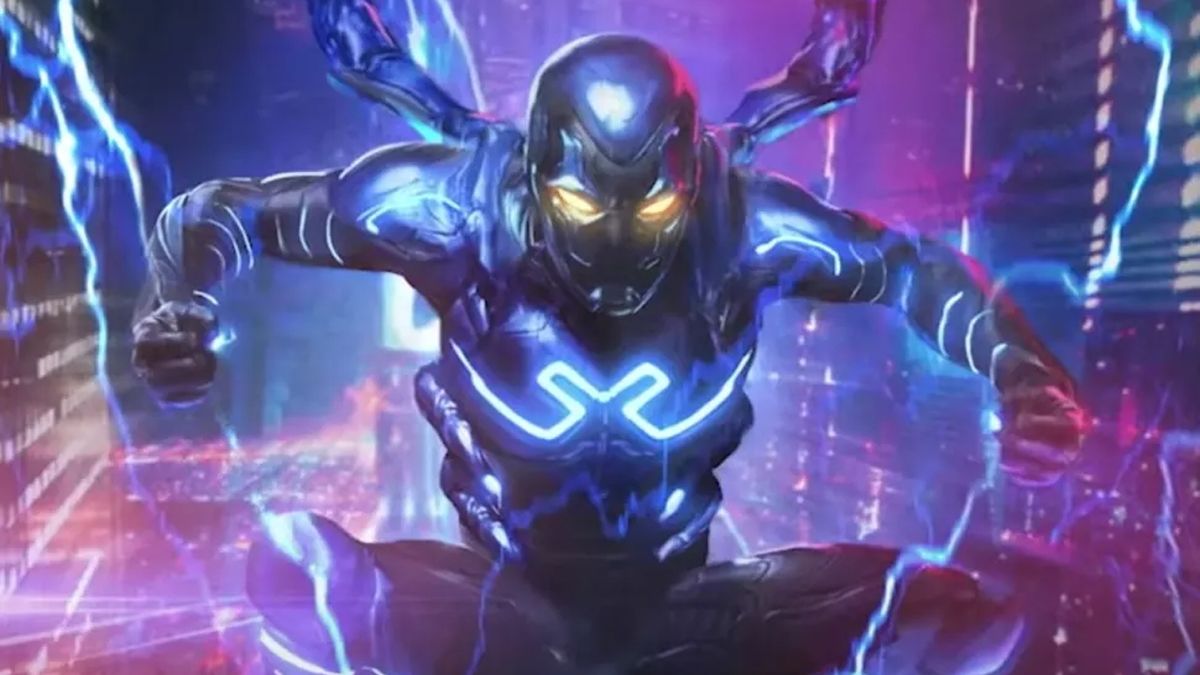